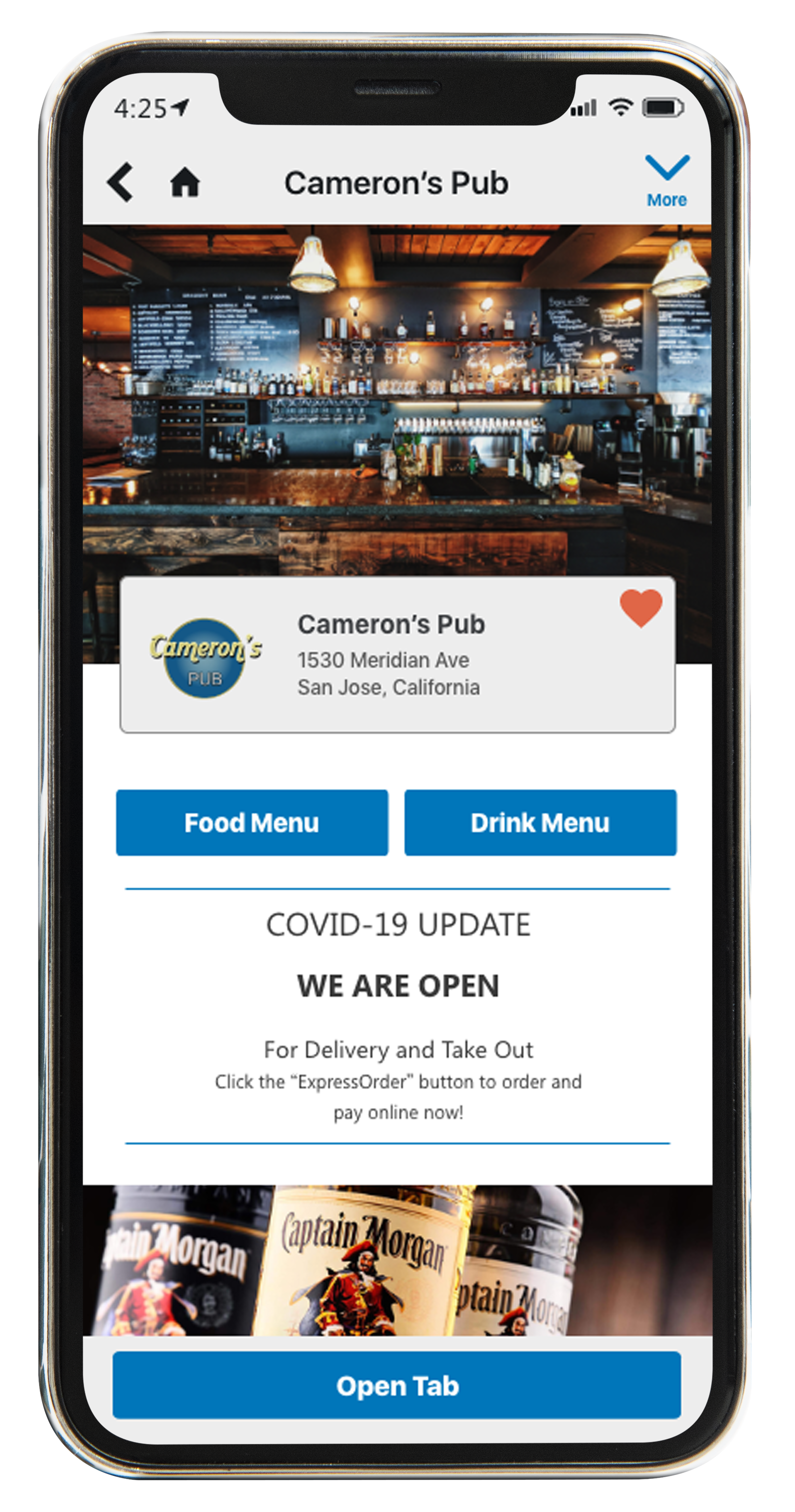 On the CityCheers App, patrons tap the “More” tab to access the ExpressOrder feature

The App supports most languages making it possible for customers to speak their order in any language. This works particularly well at Chinese, Mexican or Italian restaurants where many of their patrons speak a given language 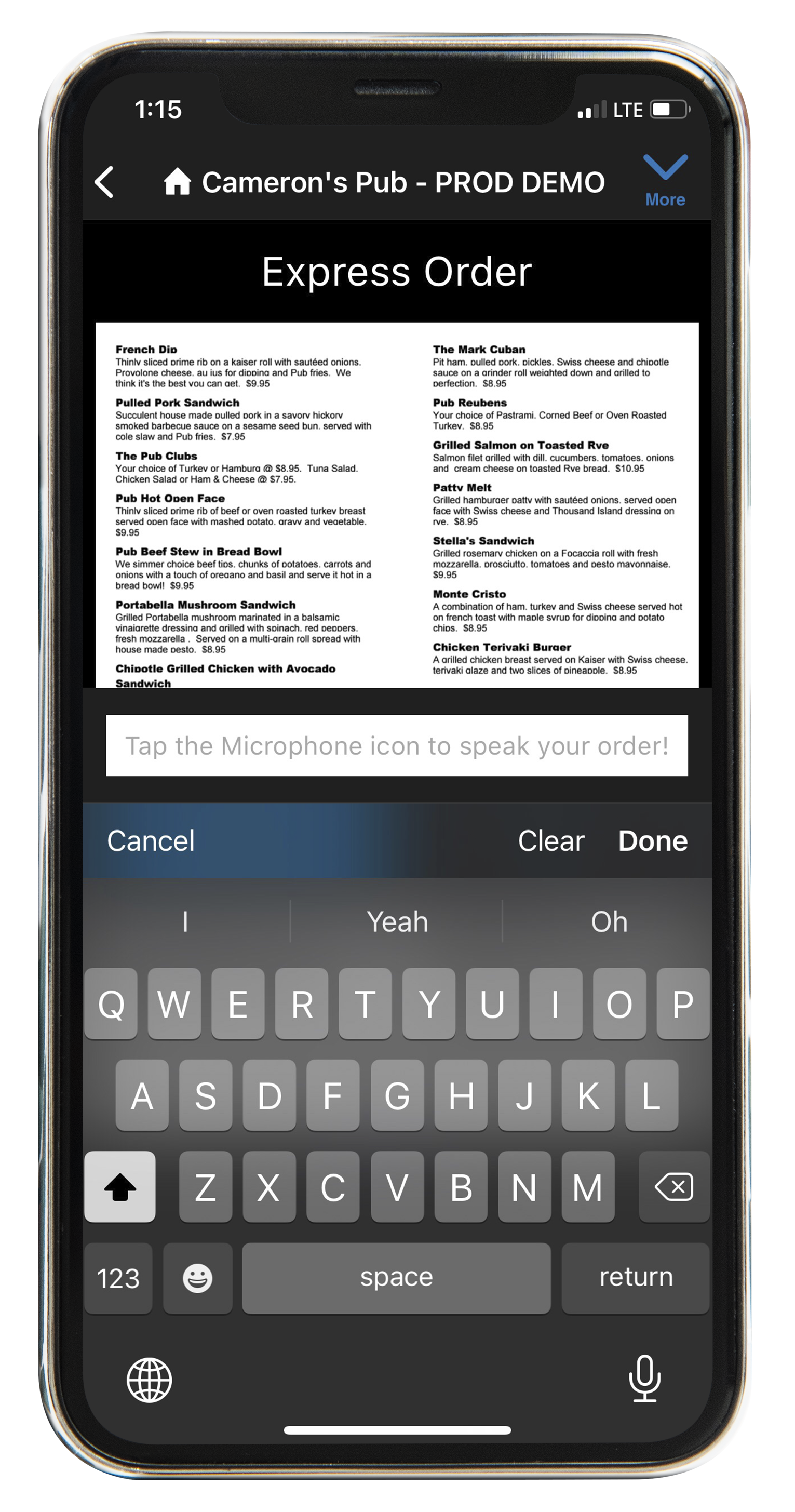 Here's how it works 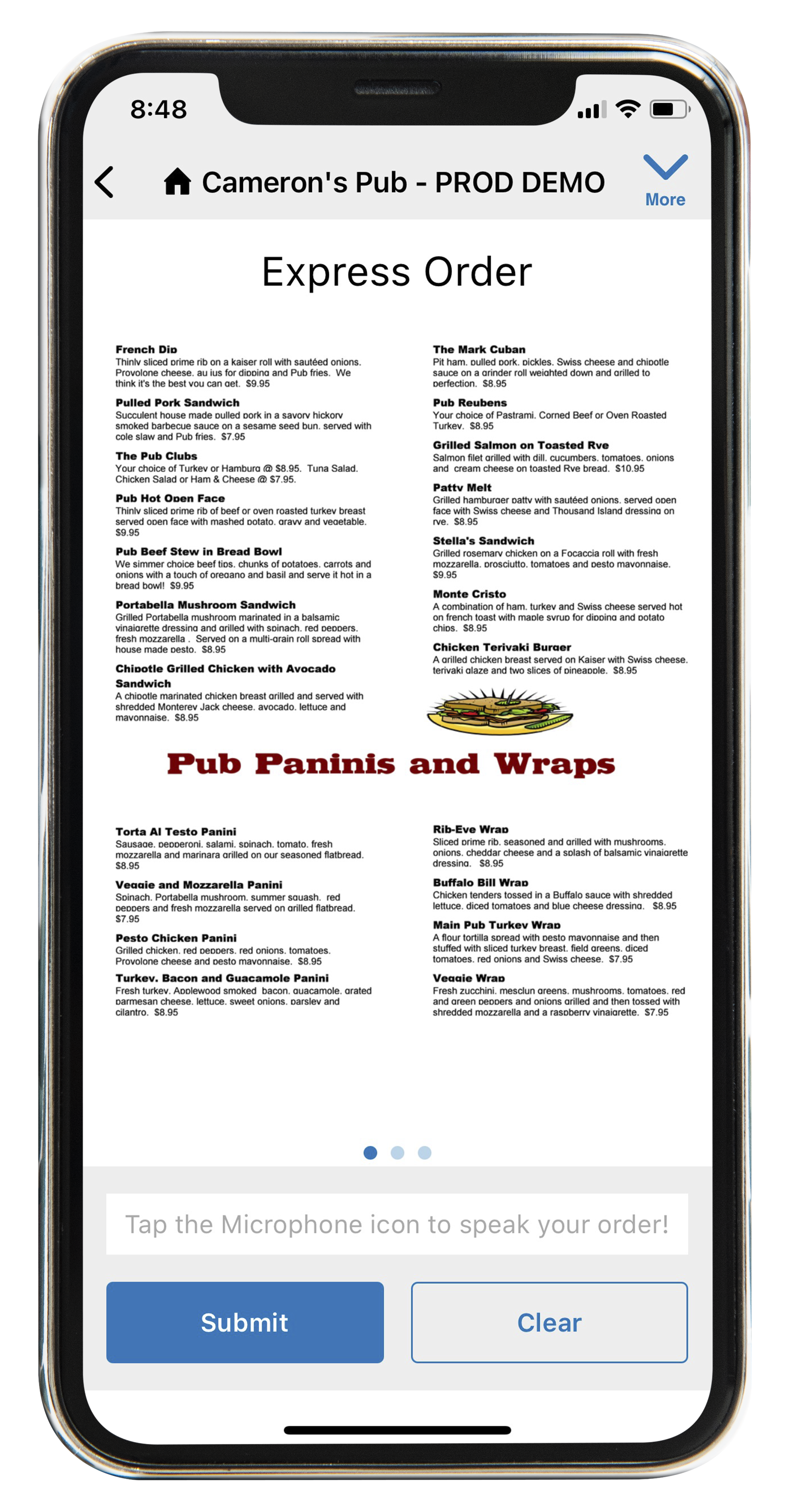 When patrons tap "Place an Order," patrons choose whether they want:

They tap Submit when they are done

Orders are sent to a Tablet Interface 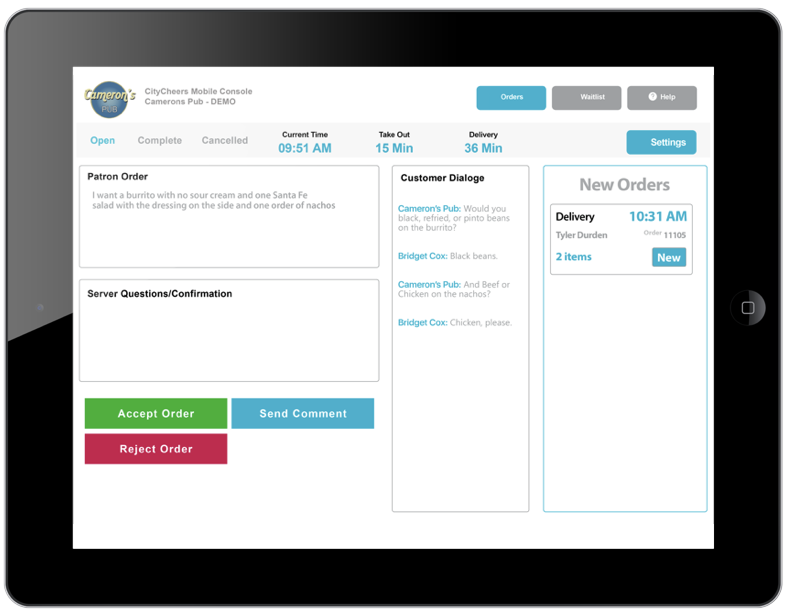 When patrons submit their orders to the restaurant on the CityCheers App, their names are automatically added to the ExpressCheck app on the POS and the tablet will flash for the server to see the new order

As the servers enters the orders into the POS, they can tap the Send Comment tab to speak or text into the tablet any questions they have about the order

When the server is ready, they tap the Accept tab, which notifies the patrons that their orders have been accepted

After the order is entered into the POS, the server taps the ExpressCheck icon on the POS and bridges the patron’s name to the ticket on the POS. Instantly the order on the POS is pushed to the CityCheers App on the patron’s phone - where they can Tip and Pay in advance. 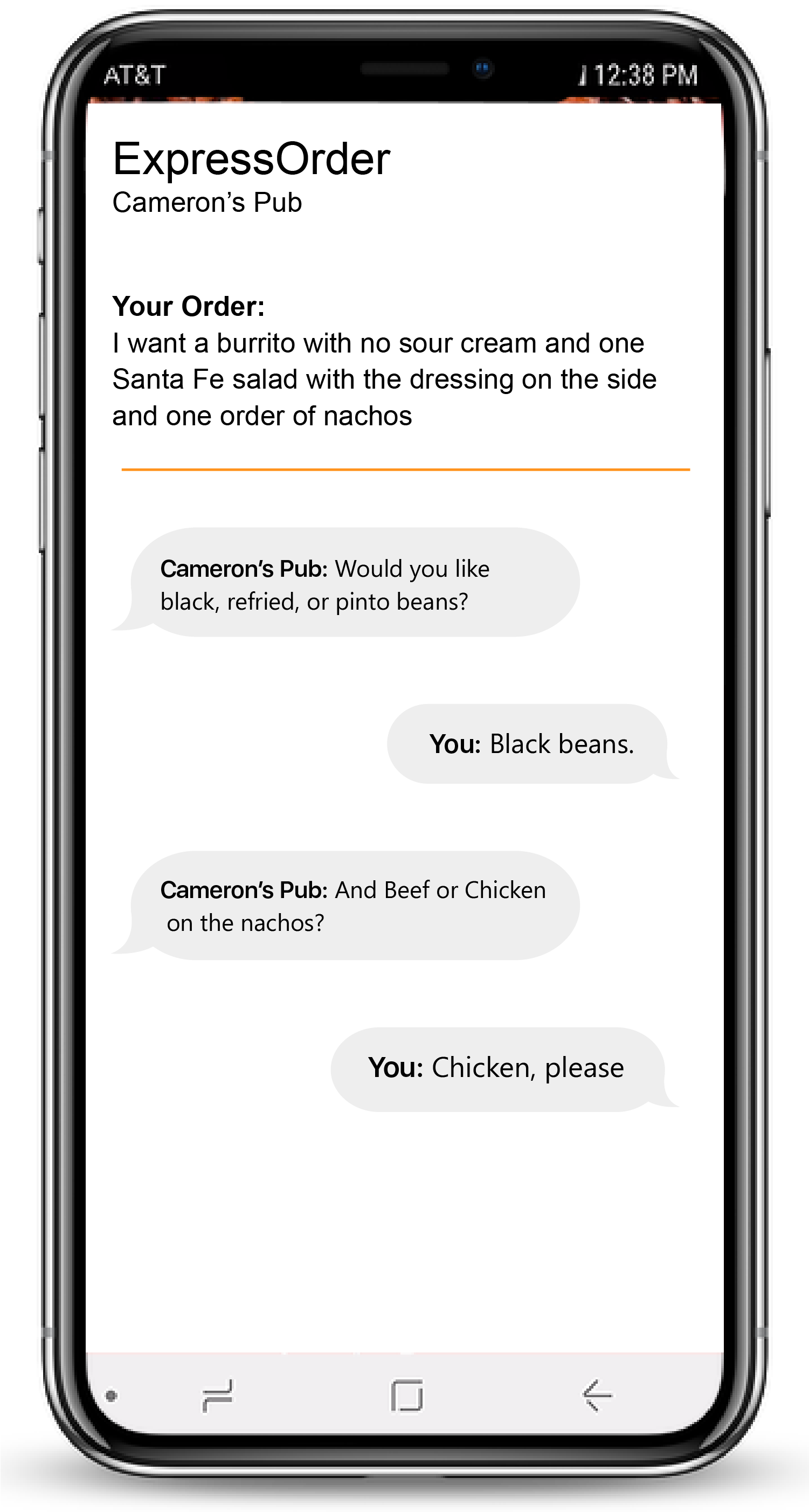 Send Comment - generates a Push Notification to the patron

When the Push Notification arrives, it takes the patron to a page where they can see their order and the comment thread

The patron can reply to comments or confirm their order

We found that modifiers cause problems with mobile ordering
We resolved this problem by enabling two way communications
- just like a server taking an order over the phone.

With ExpressOrder, no one gets left on hold, people don’t hang up and servers can get through the orders - more quickly 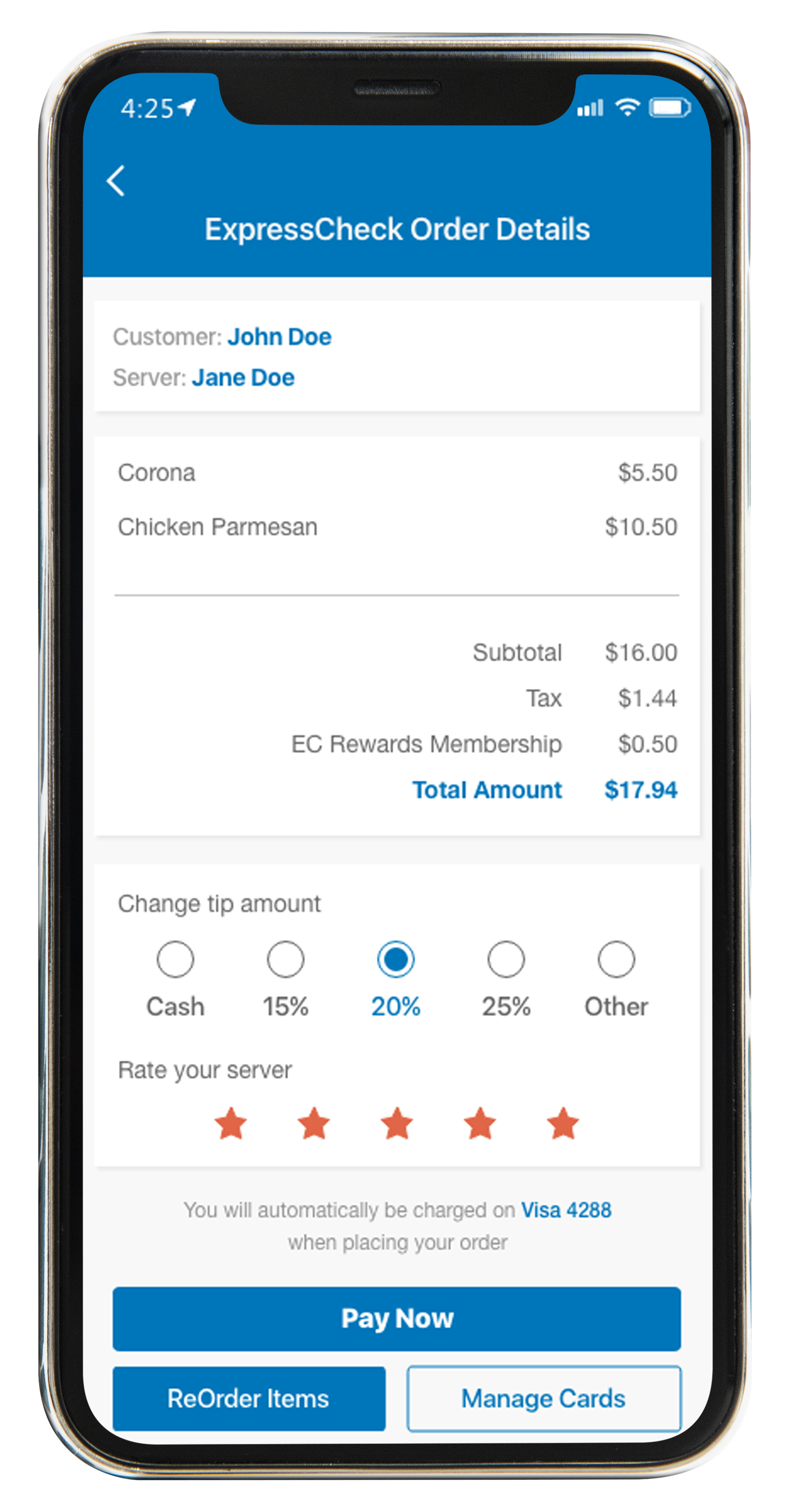 Patrons pay $.50 per order to Merchant for using our interface
- this money is deposited into the merchants checking account

Merchants pay CityCheers $1 per order
• which means the Merchant pays a net charge of $.50
• there are no other merchant fees for ExpressOrder
• each month, CityCheers uses ACH to debit the merchant’s ExpressOrder fees

There are no compatible versions of Internet Explorer